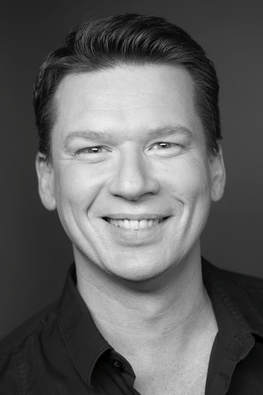 
Over his diverse career David has built a strong reputation on the London session circuit singing with, amongst others, Beyoncé Knowles, Westlife, Elton John, Annie Lennox, Lionel Richie, and Kylie. He can also be heard on numerous prime time TV shows including several series of ‘The X Factor’, ‘Britain’s Got Talent’ and the ITV series ‘Superstar’. He has been part of the vocal coaching team for the audition tour on both the BBC and ITV’s productions of ‘The Voice’ and for Sky TV’s ‘Sing:Ultimate A Cappella’. In recent years he has been part of the backing vocal team for Robbie Williams’ No.1 album ‘Swings Both Ways’, Bradley Walsh’s no.1 album ‘Chasing Dreams’, Alfie Boe and Michael Ball’s album, ‘Together’ and Bring Me The Horizon’s album ‘Sempiternal’.
David’s career began on stage and he has toured in ‘Joseph and the Amazing Technicolor Dreamcoat’, ‘Cats’ and ‘The Rocky Horror Show and been part of the West End companies of ‘Grease’, ‘Starlight Express’ and ‘Saturday Night Fever’, as well as appearing in numerous BBC Radio 2 recorded productions, from ‘Finian’s Rainbow’ to ‘Mame’. He has also recorded vocals for cast recordings of ‘Jesus Christ Superstar’ and ‘Heathcliff’ and provided ensemble vocals for film versions of ‘Evita’, ‘Nine’, ‘The Corpse Bride’ and ‘Pan’ and, more recently, ‘Mamma Mia 2: Here We Go Again’ - due for release in autumn 2018.

David has recently performed with the Royal Philharmonic Orchestra as part of their ‘Symphonic Rock’ programme having spent spring 2017 touring with their celebration of the music of Elvis, he followed this tour by singing at Proms in the Park with the BBC Concert Orchestra. As part of the vocal team ‘Capital Voices’ he also recorded a special arrangement of Al Jarreau’s track ‘Spain’ for Spice Fusion‘s second album ‘Trying Hard 2’.

​In the summer of 2015 David took part in the BBC Swing Prom as part of the close harmony group ‘The Promunards’ a style of music he is particularly passionate about having been a member of jazz harmony groups all his professional life, including ‘Voxtet’. That autumn he toured the UK as lead male vocalist with ‘Back to Bacharach’, completing the year by singing classic ABBA songs with the Hallé orchestra; this ‘Symphonic ABBA’ was recreated with the BBC Concert Orchestra for Radio 2 as part of their Eurovision Song Contest warm up in May 2016. He was also part of the backing vocal team for Her Majesty the Queen’s 90th Birthday Celebration concerts at Windsor Castle, singing backing vocals for, amongst others Dame Shirley Bassey, Gary Barlow and Kylie Minogue whilst also completing a ‘Postgraduate Certificate in Academic Practice’ and becoming a ‘Fellow of the Higher Education Academy’.
As a member of the Steve Sidwell SFX Choir David has performed at a number of prestigious world premieres including the 2008 opening ceremony for T5 Heathrow, the 2010 opening of the Meydan racecourse in Dubai, the 2011 Zurich Arena concert ‘Art On Ice’, the 2012 launch of Lux hotels in Mauritius and the 2014 Zayed Future Energy Awards, Abu Dhabi.