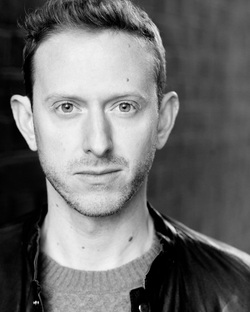 James trained at Birmingham School of Acting and then went on to The Royal Academy of Music to train in musical theatre, graduating in 2011, where he also gained his LRAM in teaching voice and singing. Performance credits whilst in training include The Dreaming, Music Lessons, Epicoene, and Spend, Spend, Spend.(Birmingham) and Star Spangled Girl, Little Me and Buddy Plummer in Follies (Royal Academy of Music). Theatre credits include Muddles in Snow White and The Seven Dwarfs (Radlett Theatre); Billy in The Goodbye Girl (Upstairs at The Gatehouse); Bob Gaudio in Walk Like A Man! (Tour); Potty Pierre in Beauty and The Beast (Wyllyotts Theatre); Claude Frollo in the world premiere of Lionel Bart’s Quasimodo (King’s Head Theatre); Whitelaw Savory in One Touch of Venus (Rose and Crown Theatre); Lank Hawkins in Crazy For You (Upstairs at The Gatehouse); West End Story (UK and India) for which he was also musical supervisor; Leonato in Beatrice et Benedict - Opera (RAO) with the late Sir Colin Davis; Chad/Mr Eames in Trying To Get Back Home (Theatre Royal, Bury-St-Edmunds); Jack in Jack & The Beanstalk (Winsford Civic Theatre); Presenter in Rainbow Live! (with Zippy, George and Bungle!) (UK tour).

James provided vocals for Brian May in the benefit concert Freddie For a Day at the Savoy. Other concert work includes The Songs of Bobby Cronin (Charing Cross Theatre); and Stephen Sondheim Concert (RAM for Mr Sondheim himself).

​James is an associate technical singing tutor for Guildford School of Acting and Urdang Academy.