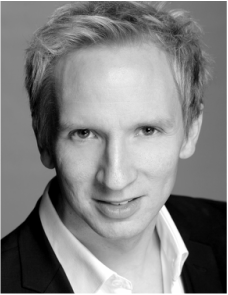 Kevin trained at the Royal Academy of Music on the Post-Graduate Musical Theatre Course where he passed with distinction. Whist studying at the Academy Kevin gained his LRAM teaching qualifications. His performance experiences include Billy Bigelow in ‘Carousel’, Lancelot in ‘Camelot’ and Anthony in ‘Sweeney Todd’. Kevin is now a singing teacher at the Royal Academy of Music.

Kevin was appointed Head of College for the Margaret Howard Theatre College in 2012 where he has enjoyed helping to develop the course structures and strengthen the college's unique position in the combination of Performing Arts and ISTD Teacher Training. As well as teaching in colleges Kevin enjoys working one to one with Musical Theatre and Film industry professionals. Kevin was the vocal coach for the Billy Elliot boys until its recent closure and has recently taken up work for ITV as one of the behind the scenes vocal coaches on ‘The Voice’ as well as the last two seasons of 'The Voice Kids'.

​Teaching has still enabled Kevin to continue with his performing, enjoying backing singing at concerts at the Royal Albert Hall, Wembley Stadium and for Britain’s Got Talent/ITV.