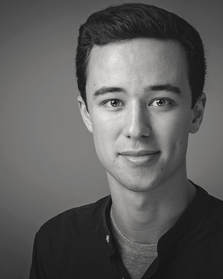 Leo is a musical director, vocal coach, and award-winning composer for musical theatre. He trained at the Royal Academy of Music, where he gained an MA in Musical Direction and Coaching and was awarded a DipRAM. Before this, he gained a BA in Chinese from Wadham College, Oxford.

At university and while training, he was musical director for over two dozen productions, working with directors including Iqbal Khan, Matt Ryan, John Caird, James Powell, and Hannah Chissick.

​Leo is a graduate of the inaugural Cameron Macintosh Professorship/Claude-Michel Schönberg Musical Theatre Writing Programme, and his first musical, STOP, won the Musical Theatre Review award for ‘Best Score’ at the Edinburgh Fringe 2017. Leo is excited to be making his professional debut as part of the music team for Company in the West End.