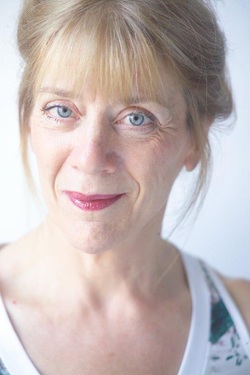 Though she trained as an opera singer, Mary King's varied career as a singer/actor included leading roles in stage productions from Caryl Churchill’s The Skriker through to The Marriage of Figaro and Wonderful Town, and concert work with leading orchestras across the world. For 15 years she was involved with English National Opera, as an Artistic Associate. Between 2006 and 2013 she was Artist in Residence at London's Southbank Centre where she set up a new vocal project called Voicelab.

​Her work with Southbank Centre was  extraordinarily varied: from Beethoven 9 with 1500 singers, to a 40-piece male voice choir to accompany indie band Elbow she cast and coached  shows including Carmen Jones, Lost in the Stars,  Mass (Bernstein) and The Wizard of Oz. She has broadcast on TV (including Channel 4's acclaimed series Operatunity and  Musicality; The Choir of the Year; the Cardiff Singer of the World competition), and is a  regular presenter / contributor to Radio 3 and 4. Recent publications include The Singers’ Handbook, co-written with Tony Legge for Faber, and three volumes of a series of vocal coaching books for Boosey and Hawkes. As well as working in a private capacity as a voice coach, she is Vocal Talent Consultant at Glyndebourne Opera, and has worked on a numerous West End musicals including Chicago; Guys and Dolls; Wicked; Ghost; Shrek the Musical; Once; Charlie and the Chocolate Factory; Kinky Boots; Aladdin and Woman on the Verge of a Nervous Breakdown. She teaches on the MT faculty at the Royal Academy of Music, where she also runs an annual project for the Open Academy- the Weekend Vocal Workout