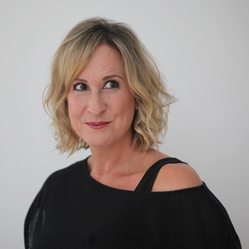 Sloan made her Broadway debut in George C. Wolfe's On the Town, followed by Jesus Christ Superstar and the Full Monty, directed by Jack O'Brien.

​She transitioned to choreography as Associate Choreographer for Shrek the Musical on Broadway, where, in addition to partnering to create the show's dance sequences, she helped cast and rehearse the production and stage its appearances on television shows and awards programs. Sloan has taught Master Classes all over the United States and currently provides private vocal coaching to young students.