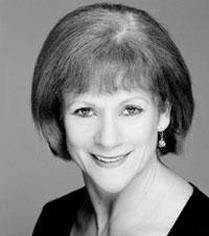 Since graduating from the Royal Ballet School Teachers’ Training Course, Vivienne has taught from pre-school to vocational students. She ran her own school and has worked at the Bush Davies Schools, the Royal Ballet School, Stella Mann College and Bird College. She has an MA in Ballet Studies from the University of Surrey, Roehampton and has lectured and taught worldwide on classical ballet technique and character dance in which she also specialises.

Vivienne is involved with the development of teaching qualifications at the ISTD and she is currently Coordinator for the Level 6 Diploma in Dance Pedagogy. She is Head of Teacher Training at the Margaret Howard Theatre College where she implemented the units for the ISTD Level 3 and 4 teaching qualifications and she tutors Imperial Ballet DDI, DDE and the vocational grades at the Anthony Clifford Studios.

Before becoming an Imperial Ballet Examiner in 2005, Vivienne was an RAD examiner. She has been on the Imperial Classical Ballet Committee since 2007 and was elected Chair in 2010.